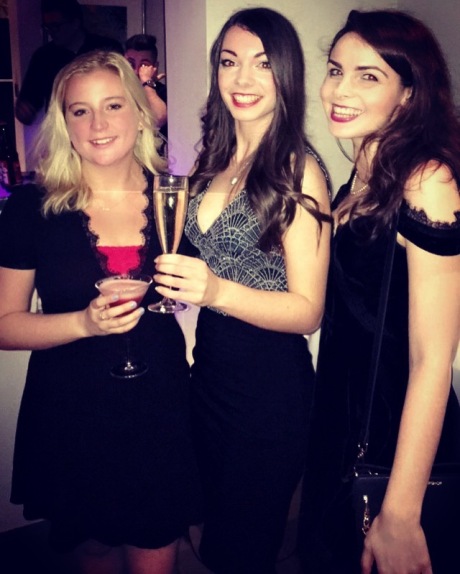 Let me tell you this. Being told that no feelings had developed, no slight spark after almost 10 weeks of seeing me was potentially one of the most hurtful comments I’ve ever had. Being told that it has all been entirely platonic and being asked to explain why I thought he liked me was a massive kick in the teeth.

I was actually somewhat nice about him in my last post but that’s who I am as a person: I try really hard to see the best in people’s words and actions but the more I think about it, the more I realise that he did mess me around, even if he didn’t mean to. I genuinely don’t believe any objective bystander would tell me I misread his actions and it hurts to feel as though the last 10 weeks were nothing.

That he had no feelings.

It hurts. That’s for sure.

It’s compounded further by the fact I opened up to him. I told him things I would never tell someone I was dating and I have that niggle in my mind that had I not done so he might have liked me. I don’t believe that’s why he ended it but I’m always going to have that doubt that I’m simultaneously too much and not good enough. That I’ve been through so much that I’m damaged goods and not worth anyone’s time.

I’m worth someone’s time though. One day.

But guess who text me at 5am on NYE/New Year’s day?

Okay so it was just a generic ‘Happy New Year x’ text but I do feel kinda of happy that I can 100% tell you I didn’t think of him when I was at this party and yet he thought to send me a text. I mean, yes it was just a generic text he probably sent to all, but he still thought to send me a text me regardless of whether he was drunk or not. My heart jumped and sank a little at the same time when I saw it. Probably because I didn’t expect a text and also because I didn’t hope for him to text me either.

If you couldn’t see how your actions and words hurt me then you really don’t deserve my time.

“Remember that you were art long before he came to admire you, and you’ll continue to be art even when he’s gone”

Mind you, this party I went to? Damn amazing. This fully alcohol-catered-unlimited-free-cocktail-party with a pool (yes, of course I went in!) with lovely people all around me was brilliant. I only knew two people but left with so many friends and most importantly, I went with no expectations and I left with no expectations.

(I also left without my bra, but that’s a story for another day and I promise it’s not sex-related!)

I didn’t go to this party freshly hurt by this guy looking for anyone to make myself feel better. Rebounds never work and one-off rebounds most definitely never work. Jumping straight back in doesn’t allow you to heal.

However, I accidentally met someone.

And I had quite a lovely evening in general.

I had an even more lovely New Year’s Kiss.

And that’s all I’ll say about that because he asked for my number and if I’d see him again but I doubt anything will come of it. However, the fact I don’t care what happens feels even more special right now.

7 thoughts on “A Beautiful Contradiction”