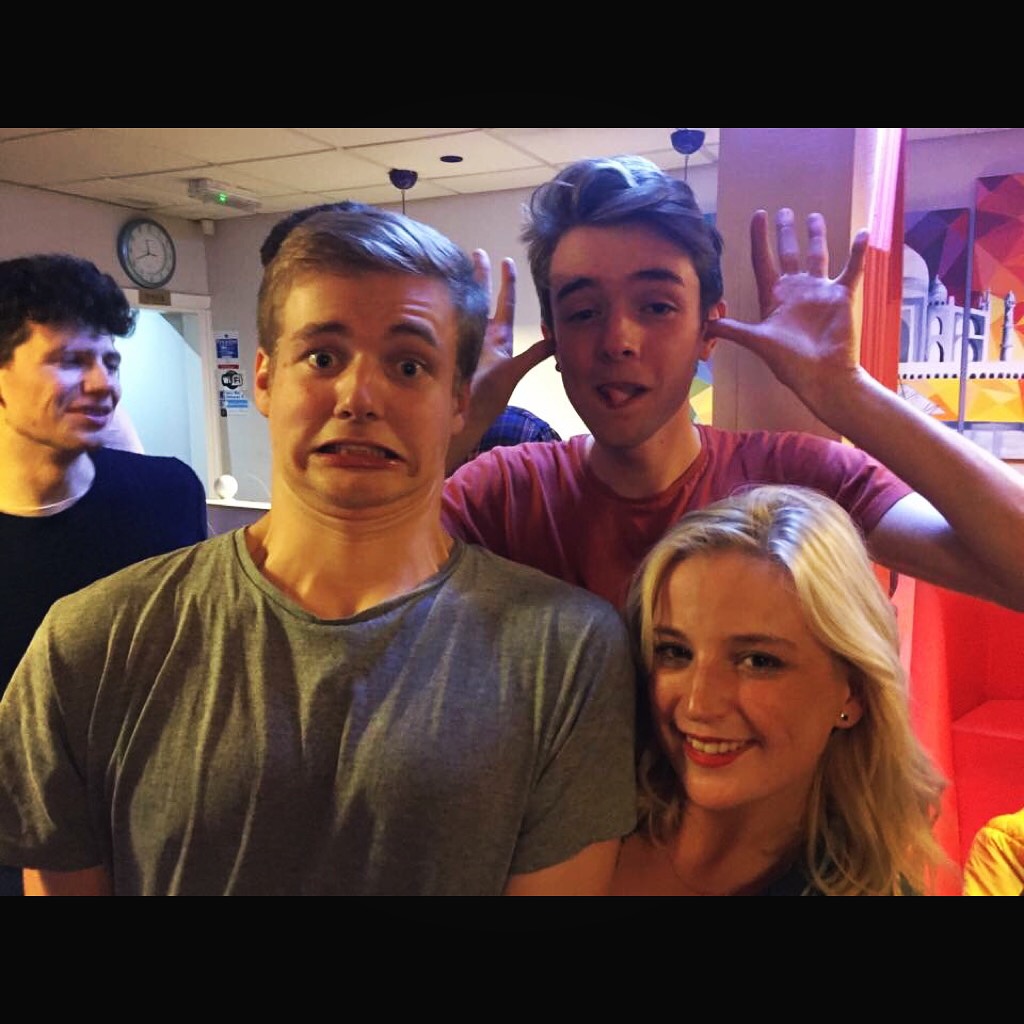 What’s the best way to prepare for next weeks’ mocks? Go to Manchester for half the week! To be honest, a little bit of chill time never hurt anyone and seriously, this was the best decision I have made as of late.

A lot of my friends are still in Manchester, some cycling friends, swimming friends, old coaches, best friends, law school friends, you name them, they’re there so a fun-filled three day adventure up North was going to be busy but nothing other than mental fun.

And boy did I have fun.

The cycling social was the first thing I went to, if you don’t include arriving at Rebecca’s and drinking gin from not-quite-5-pm. It’s always a curry social and naturally that has always freaked me out. I think I’m always going to panic around certain triggers but the way I handled it was amazing. I was having so much fun catching up with everyone that the calories were a distant thought. I wanted to be caught up in the laughter and I refused to let my ED stop me from having fun. It’s time to stop the Demon from preventing me from enjoying my life and that’s what I did.

It took a lot of strength I’ll admit, but just being surrounded by genuine friends felt amazing and true to cyclist style, it was a messy night but the funnest I have had in such a long time. Nice and cheap too in comparison to the Capital I’m trying to become accustomed to.

I saw so many other people the next two days, the Head of Sport at the Uni, my old gym coaches and other groups of friends. Funnily enough, well it’s not surprising, but I steered well away from that swimming pool. There’s memories there I don’t want to address but I also realised something else. I genuinely didn’t care about visiting, there’s no point seeing those people who brought pain but, importantly, I felt ‘over it’. Perhaps that exercise with my therapist, although thoroughly draining, really helped me come to terms with a few things and perhaps, it let me forgive.

Forgiveness is a massive strength. To be able to forgive someone, anyone, who has hurt you deeply in any way takes so much courage. But when I think about it, forgiving someone is the only way you can move on. You don’t need to like them or even talk to them but if you forgive what they did to you then you can step forward. Accept that what happened hurt, accept that it was wrong, but if you stay focused on the negatives, on how people hurt you, you’ll never be able to let go and develop yourself as a person.

I feel like there’s a lot of people I have truly forgiven, there really are a lot of things that don’t really bother me anymore, particularly sports related since I retired. However, that exercise really did help and forgiving those who have hurt me, even though I didn’t say the  words to their faces, has brought more peace to my mind I suppose.

And having a more peaceful mind definitely led to a crazy and more mental but amazing three days of Manchester Madness.